Stuart Levin’s wife Francine was cared for on the St Gemma’s In-Patient Unit during the height of the Covid-19 pandemic in 2020. Stuart has since been supported by our bereavement service. Stuart tells his story:

“My darling wife Francine had lived with cancer for almost 30 years. She was first diagnosed with breast cancer in the early 90s, when our son Marcus was very young. But she beat it – and she beat it again when it reappeared several years later.

The first time she had chemotherapy she was in a room with lots of others, waiting for her treatment. She expected to see older people there – but was shocked to see children too. When she recovered, she asked if I would help her to create a charity, which we called ‘Make a Dream’ to help the kids and their families. 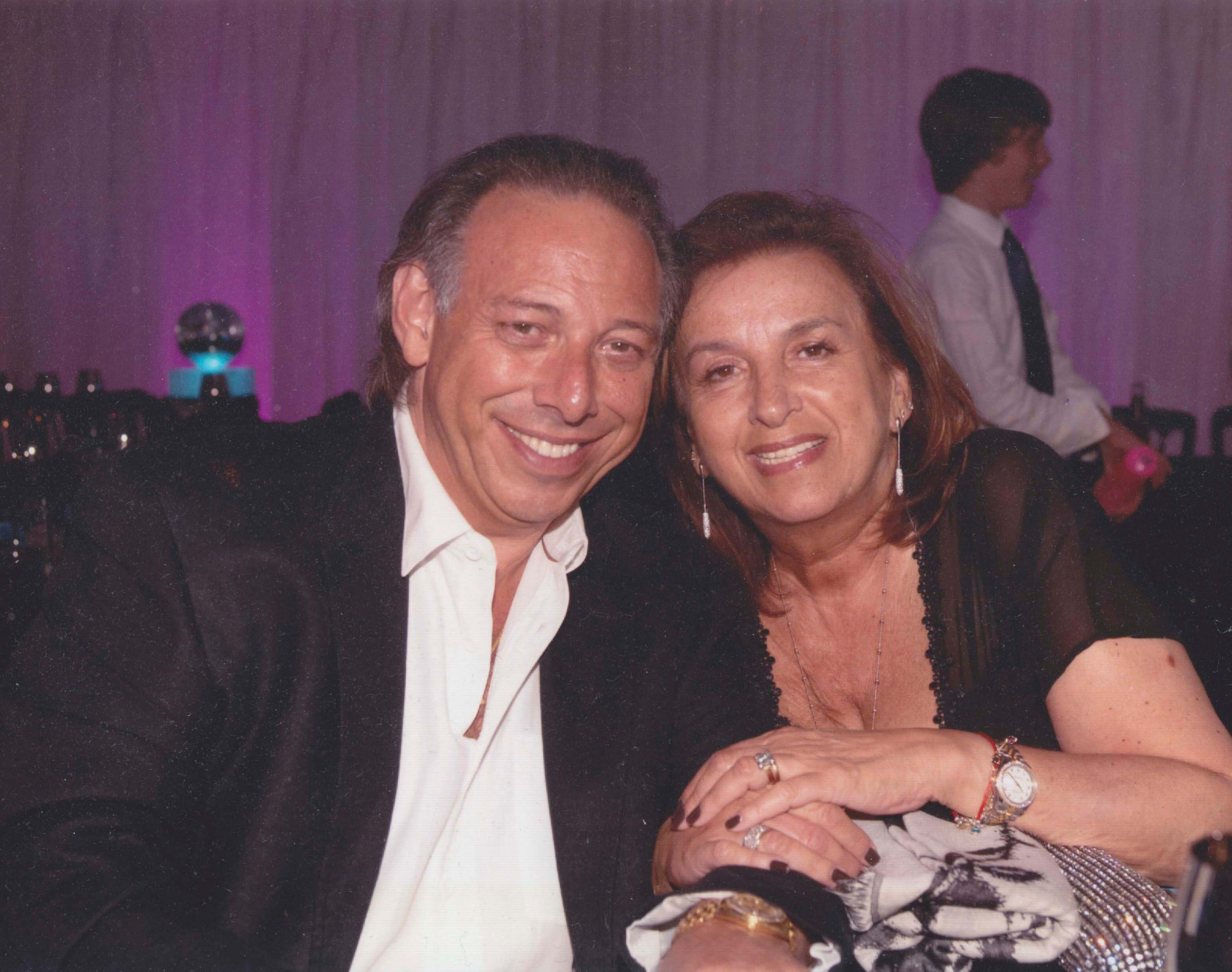 We both had our busy lives and careers, but Francine devoted every spare moment to these children and became a friend to every family she worked with. She knew the intense joy when a treatment worked and a child recovered and the awful pain when a young life was lost. Her passion and commitment were recognised when Francine was given a Daily Mail ‘Pride of Britain’ award at Grosvenor House in London. A few years later, she was invited to a garden party at Buckingham Palace and presented to the Queen for her services to charity.

But despite all the years of supporting others through their end-of-life journey, when her cancer came back for the final time it completely overwhelmed us both.

Last year, just after the pandemic had started, her cancer returned, worse than ever and Francine began to really go downhill. We became isolated in our apartment and for months it was just Francine and me. I was happy to care for her, of course; but it was so incredibly hard. She needed constant attention and I had to help her do everything. And because of COVID there was no support for us – no-one to come and help.

“In desperation, we reached out for St Gemma’s… They called us back the very next morning; they had found a bed for Francine.”

Now, I pride myself being a strong person but nothing prepared me for this; I became desperately tired and emotionally worn out. And all the time I could see Francine getting weaker and weaker, she even stopped eating. In desperation, we reached out for St Gemma’s.

They called us back the very next morning; they had found a bed for Francine. We were both so utterly relieved. When we arrived in the ambulance the nurses (the angels!) welcomed us both and showed Francine to her room. All the stress and worry lifted from me, completely. It was a revelation. I stopped being her carer and became her husband once more.

“They gave Francine the most incredible care, but they also took the time to see me as a person, to support the journey I was going on.”

For the days we were at St Gemma’s they looked after us both; and that amazed me. They gave Francine the most incredible care, but they also took the time to see me as a person, to support the journey I was going on. I saw her every day. Even though I had to wear the full gown and mask I would sit and spend hours with her, just sitting, talking, remembering, holding her hand. When she slept, I’d walk around their beautiful gardens; I must have lapped it hundreds of times.

Despite the restrictions, the nurses found a way to let Marcus and our daughter-in-law see her too, by coming in through the garden. It was the day before she died – and Francine’s last words were to them. The nurses had noticed a change in her and had called me to say I should come in now. For four hours I sat with her, holding her hand. She slipped away with grace and dignity, in complete peace.

Francine and I were both born and raised in Leeds. I know it inside out and love it with a passion – Francine did too. But it was only when I sat with Francine for those precious days on ‘Dales’ ward that I realised just how massively important this Hospice is to our city. We are all so hugely lucky that St Gemma’s is there to guide and care for us when we need it most. They give us the best care in the world – and don’t ask for a penny for it.

I’m helping St Gemma’s right now as much as I can – and I’ll do more when this pandemic is over. I have a life-long debt to this charity and the nurses who cared so magnificently for my wife. But St Gemma’s needs us all – and so I ask you to join me today in giving doctors Hannah and Karen (Hannah was Francine’s doctor) and the nurses the support they need from us. Because we all may need St Gemma’s one day.”

Share your story about St Gemma’s or find out more about our bereavement support and grief counselling.