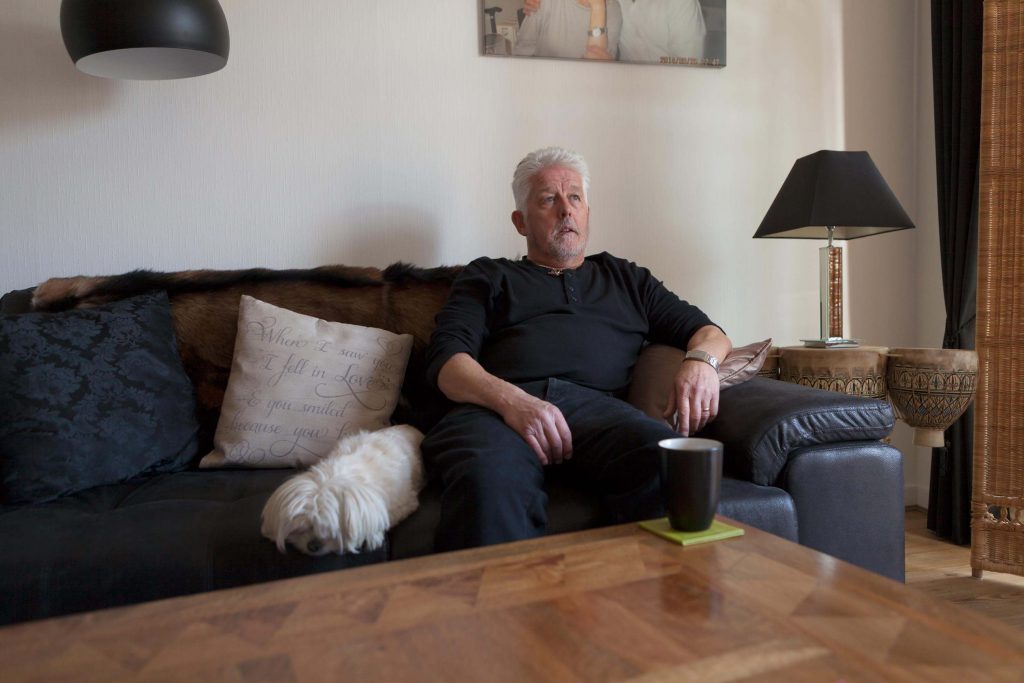 We were reborn when we met. We were new people. I never thought for one minute that someone would fancy me at 40 years old, and the love was so intense. I would have lived with her in a cardboard box on the moon. We were going to go forever and ever. But life doesn’t always work out like you want it to, does it?

It was a bombshell when Sue was diagnosed with terminal cancer. When someone suggested St Gemma’s it was like someone shouldering the burden. Everything was absolute total care and love with it, from strangers.

Once Sue was settled in nothing was too much trouble, you could ask for anything. It took away the worry. You don’t expect to have that kind of commitment and it’s a love they give you. I love the place, despite what it stands for, because I dread to think what it would have been like without St Gemma’s care and attention.

She asked me if she could die in my arms, and she did. It was horrendous, really tough, but I had to make sure she got all her wishes.

I will forever be attached to St Gemma’s, there’s no way you can’t when they have looked after someone special to you. And that’s why whenever I can, anyway that I can generate cash we’ll get it down to St Gemma’s. If I won the lottery tomorrow I would give it all to carry on doing the work they do.

The care Sue and Stuart received is only possible because of your support. Help more families by donating at www.st-gemma.co.uk/40faces-donation