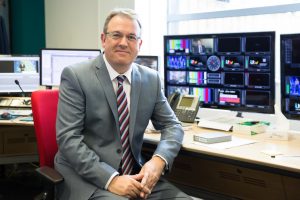 Duncan has co-presented the award-winning ITV Yorkshire news magazine programme Calendar since 2003. He was named Royal Television Society Presenter of the Year for Yorkshire in 2017.

His career in journalism began in regional newspapers before he wrote for the nationals, moved into radio, and joined ITV. He was North of England correspondent and a presenter for GMTV before settling in Yorkshire.

Duncan is married to Shirley and has one daughter. He’s passionate about all sports but golf’s his game – he almost turned professional at 16!