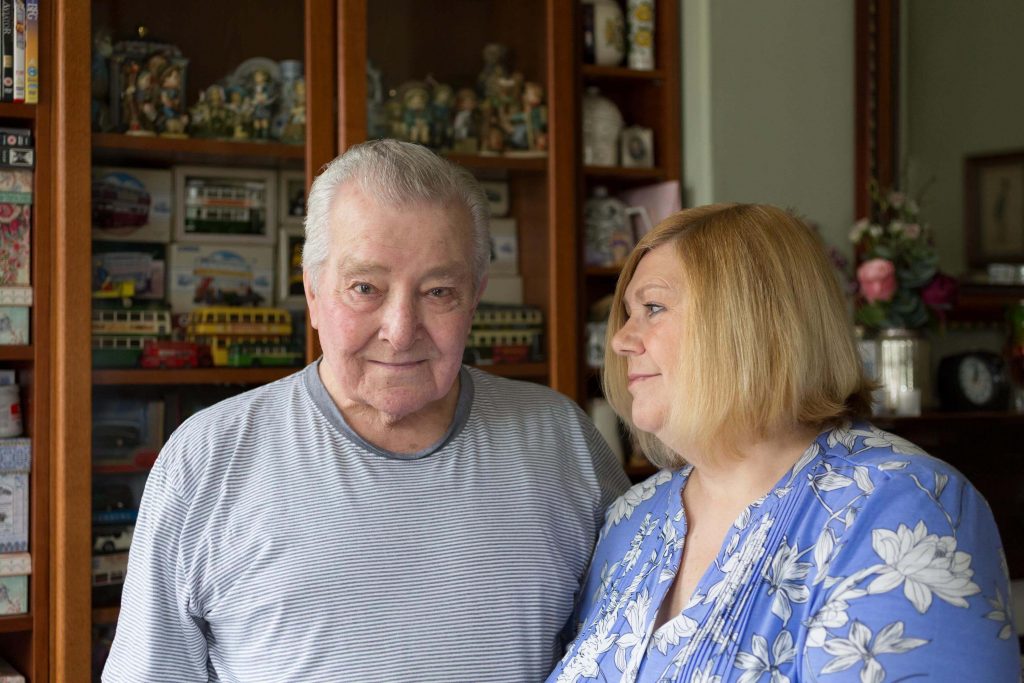 He looked after me when I had cancer, now it’s my turn.

The carers’ group’s fantastic. I’ve made some of my closest friends there.

I can say things in there that I can’t say to him. I know that sounds awful and I’m not going to talk about him, but it’s just about me then. I can focus on how I’m feeling, because I’m devastated.

He might not think it, but when ‘owt happens to him I’ll be devastated, it’ll be like having my arms and legs chopped off.

You can explain it there, or if you’ve had a bad week, or if he’s been nasty to me, because he does, and I’m nasty to him. When you’re in the same environment all the time with each other you’re bound to rub off wrong, especially if he’s not well.

The Carers’ Group at St Gemma’s provides support to people looking after someone with a terminal illness. Find out more at www.st-gemma.co.uk/day-services/carers-group