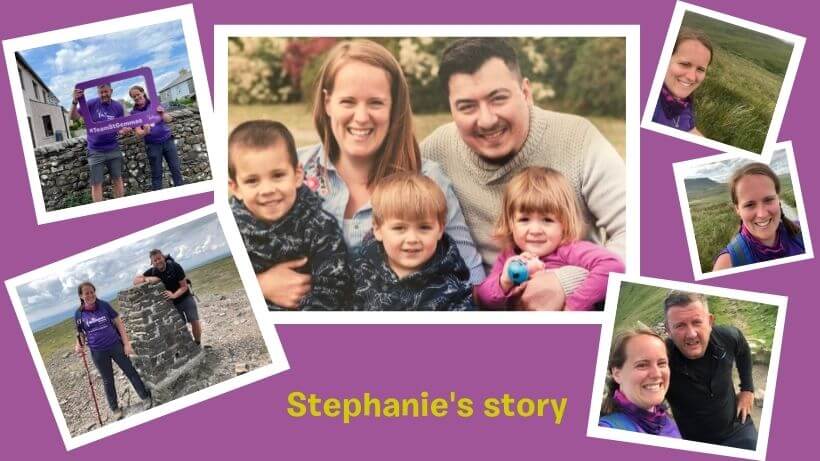 After Stephanie’s husband George was diagnosed with a rare form of neurological cancer and his condition worsened he was cared for by the team at St Gemma’s Hospice.

In 2021, Stephanie took on the Yorkshire Three Peaks with a group of friends in memory of George and has raised nearly £2,900 for St Gemma’s Hospice.

“The staff gave my husband the highest level of care and ensured that the children I could spend time with George so we could still be a family and for that I am so thankful.

He died in November at the Hospice and I decided that the Yorkshire Three Peaks challenge would be a good way to get fit and raise money for the Hospice. With some friends willing to put up with me jabbering for 12 hours, team Politis came to life…

St Gemma’s is an exceptional place and the children and I are receiving ongoing support from them, so the least I could do was climb a mountain or three!”